Have you ever tried to put studs on a piece of leather? How about a whole jacket? It's a labor-intensive, painstaking process. First, you have to get the design just right. Then you have to mark and place the studs. Then, you have to set them firmly so they wont come loose without ripping the leather. And if you mess up, you have to start all over again. In other words, it takes patience, the right tools, and a determined attitude. 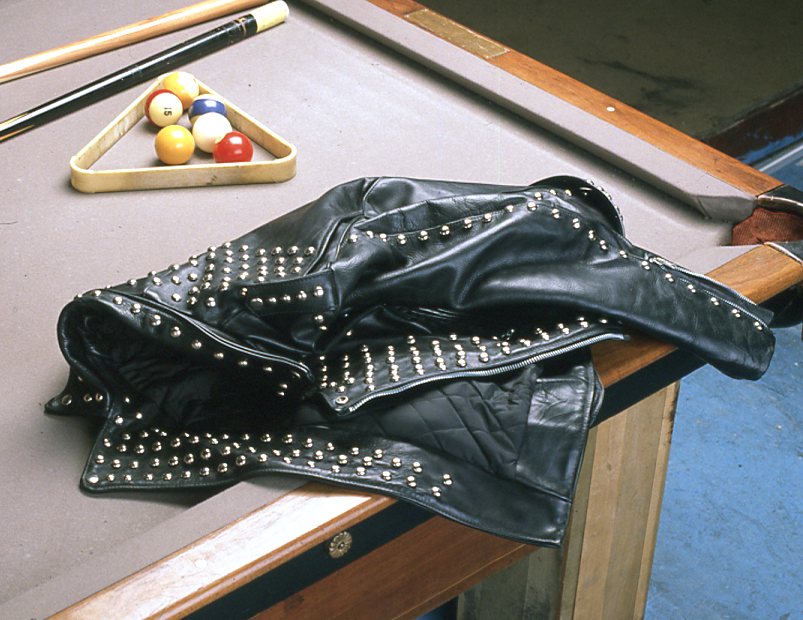 So, heres the story behind this jacket... after the end of WW2, Marlon Brando and James Dean began to represent a new generation rebelling against the establishment. Choppers, hot rods and rock & roll were making the scene. The war was over, jobs were plentiful, all bets were off, anything was possible, and many men who had spent years answering to military officers were now independent free spirits. When The Wild Ones came out in 1954, it was art mirroring and magnifying an already-trending life force. The leather jackets they wore became known as The Look. And one of the most defining statements of the time was when Mildred asked Johnny (Brando) "What are you rebelling against, Johnny?", and he answered, "Whaddaya got?".

These feelings resonated from Los Angeles to London; from American High School Hoodlum to English Rocker, The Look of studded leather was cool. From then on, whether The Look was banned from being worn at school for being too disruptive, or worn as a fashion statement with punk rock undertones, The Look had entered the pantheon of American culture.